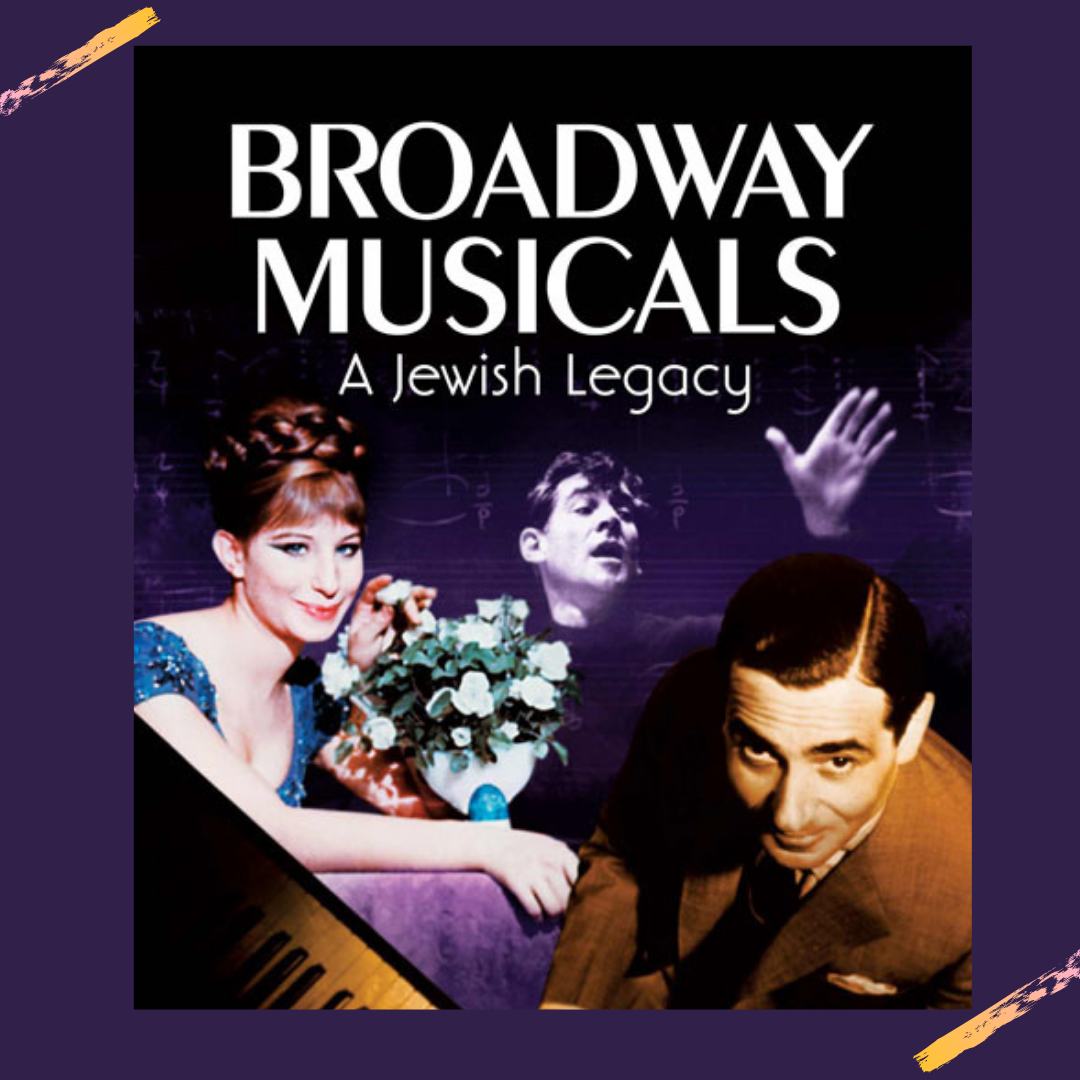 Engaging, humorous, and provocative, Broadway Musicals: A Jewish Legacy examines the unique role of Jewish composers and lyricists in the creation of the modern American musical.

You will be amazed at how some of the Broadway songs originate from melodies heard in synagogues to this very day.