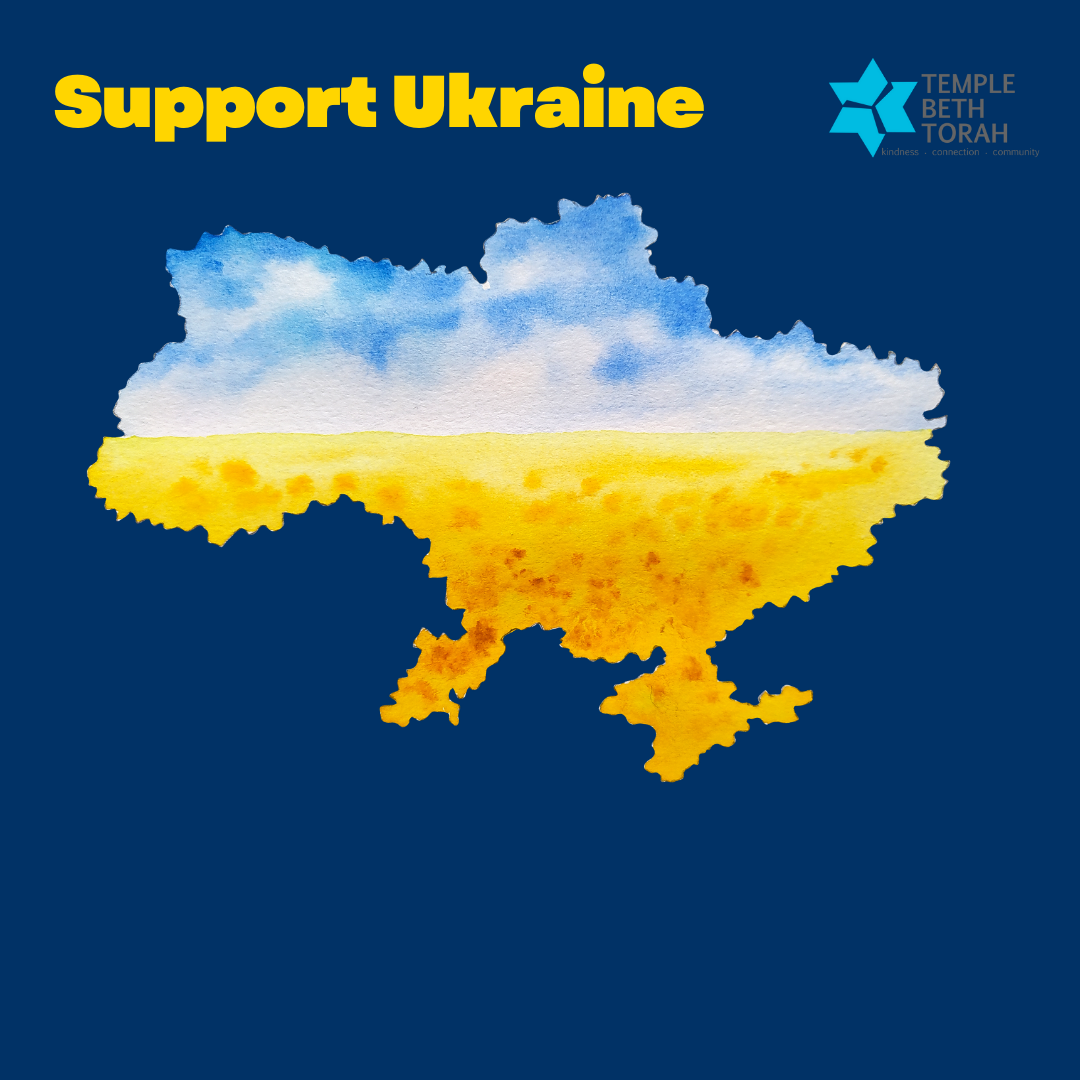 JFS is a nonprofit, community-based organization dedicated to standing up for those left behind and provides services to over 7,500 people in need within the Metrowest and Greater Boston regions each year. At this time JFS is preparing to resettle individuals and families from Ukraine in the Metrowest Greater Boston area.

World Central Kitchen is supplying thousands of fresh meals to families fleeing their homes, as well as meals to those who are staying in Ukraine. Though a fairly “new” organization, (created in 2010 after responding when an earthquake devastated Haiti) WCK has provided food at disaster sites all over the world.

The JDC is the leading Jewish global humanitarian organization. They are currently on the ground in Ukraine, handling displaced persons, including arranging transport and accommodations in Western Ukraine, Moldova and across Europe.